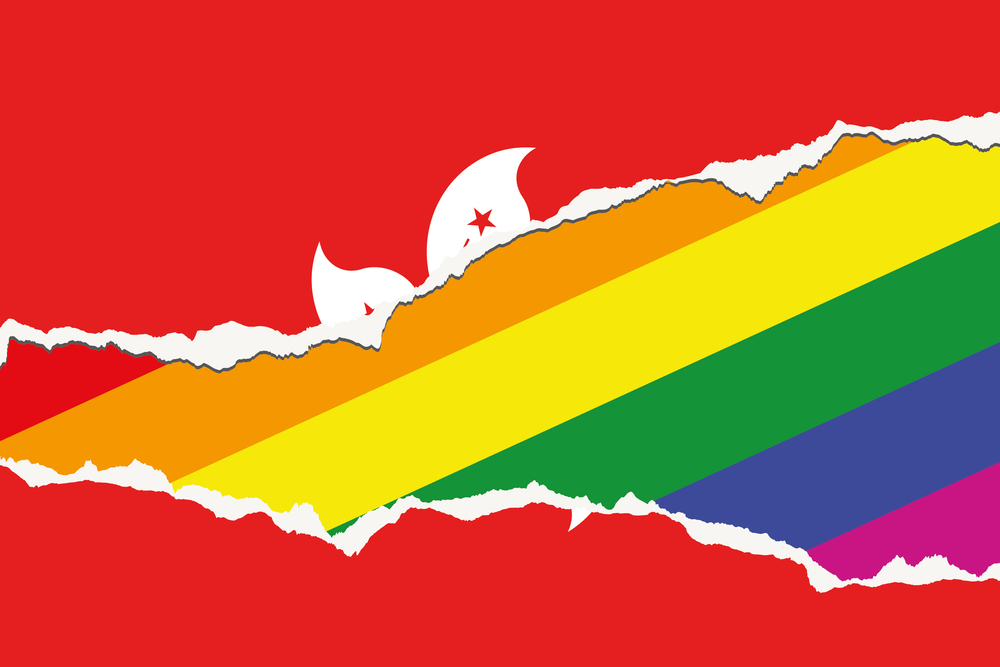 Gay People and the Law of Hong Kong

Recently, late night US television host, Jimmy Kimmel, broadcast street interviews with US citizens who were asked to congratulate North Korea on its milestone achievement: manufacturing a hydrogen bomb. Many were happy to do so, effusively.

But their responses should not prompt a sense of superiority – how could so many be so ignorant and so easily manipulated. We are all manipulated in various ways in varying degrees on a daily basis, be it through advertising, choice of news source, social media, peer pressure, or the pronouncements of politicians. And facts are seldom the primary determinant of views expressed.

Fortunately, the ability to hold, express and promote views that are factually inaccurate, disagreeable to others or occasionally simply bonkers are in democratic societies protected by the law. Regrettably, those with strongly held views are frequently intolerant of those who disagree, as has been the case in some US universities .

Nonetheless, the First Amendment to the US Constitution, and legal and constitutional provisions elsewhere in the democratic world, protects the interchange of ideas and views.

It is regrettable that laws constraining freedom of expression are considered necessary but the progressive worldview dating from the Enlightenment that scientific and technological progress overseen by beneficent government would ensure the universal march of civilization has been shattered by experience.

Whether it is the history of virulent racial and religious hatred, current victims the Rohingya in Myanmar , or the ethnic wars in the Balkans in the 1990s, the idea of the onward march of civilization is moribund. As is the concept of beneficent – or, if you happen to be Venezuelan, basically competent – government.

It is a cliche that history repeats itself. Novelist, Mark Twain, is credited with the modification stating instead that history rhymes, an assertion that current events will not mirror exactly those of the past but may nonetheless be broadly similar. Painful experience confirms present behaviours too often revert to an earlier and more savage norm.

In such circumstances the vulnerable require protection from the malign and the hostile. The goodwill and civilized behaviour of society cannot be trusted without legal intervention. It is an issue of protecting people’s basic human rights.

It is a stretch to describe Hong Kong as a democratic society. But it is an Administrative Region of laws and those laws – despite recent and legitimate doubts about the consistency of their application – provide fundamental protections. Article 27 of the Basic Law, among other provisions, guarantees the freedom of speech, and of the media, the right of association, the right of assembly, and the right to process and demonstrate.

Article 25 states that all Hong Kong residents shall be equal before the law. Lawyers will no doubt argue this simply means that any and everyone shall be treated equally in respect of laws as written.

But such an interpretation fails if the law itself, as is the case with Hong Kong legislation that protects against unfair and unlawful dismissal by employers, is discriminatory.

There is no legislative provision for unlawful dismissal on the grounds of sexual orientation, a protection extended to other potentially vulnerable individuals. This despite the Equality Opportunities Commission’s support for such legislation. There is also increasing public support.

The Government’s reluctance to afford gay people the same rights and protections as other citizens and residents has recently been in the news. A lesbian employed in the city was denied the right of a spousal visa for her wife, whom she had married overseas. The courts have ruled against the Government.

Whether the Government’s reluctance to act on gay issues is driven by religious views and prejudices, a misreading of the public mood, a decision that there are other and more pressing priorities, or concerns about anti-gay lobbyists is unclear.

In respect of the last, the anti-gay activists – The Family School SODO Concern Group, Parents for the Family Association, Overturning LGBT Agenda and Next Generation Orientation – are both weak and eccentric.

Their ability to deploy no more than 20 people at a demonstration suggests they have around six active members in each of the above groups. And their insistence against all evidence that being gay is a lifestyle choice, similar to opting for a hike rather than splurging on a spa, is simply bizarre.

They are, however, entitled to express their views however silly they may be, provided they do not encroach on the liberties and rights of others.

In summary, it is clear there is no coherent opposition to an extension of gay rights.

But there is support among major employers and voluntary associations. It is time for the Government to take some baby steps. If gay marriage is a giant leap for cautious bureaucrats, then they could usefully start with legal protections against improper dismissal.